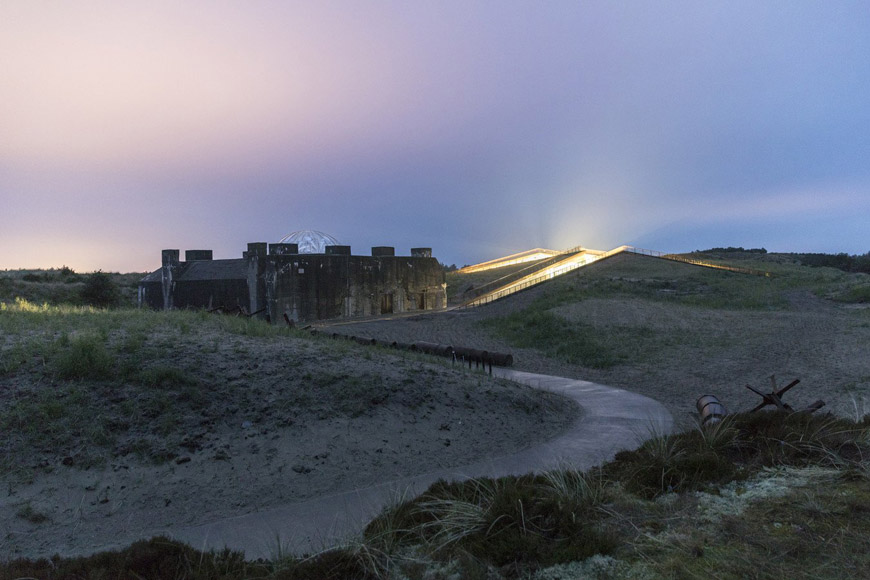 25.07. TIRPITZ: A museum in a former WWII bunker on the Danish coast

BIG – Bjarke Ingels Group in collaboration with Varde Museums and Tinker Imagineers recently completed TIRPITZ – a hidden museum in the dunes along the the Danish west coast. It acts as a subtle counterbalance to the dramatic war history in the area. 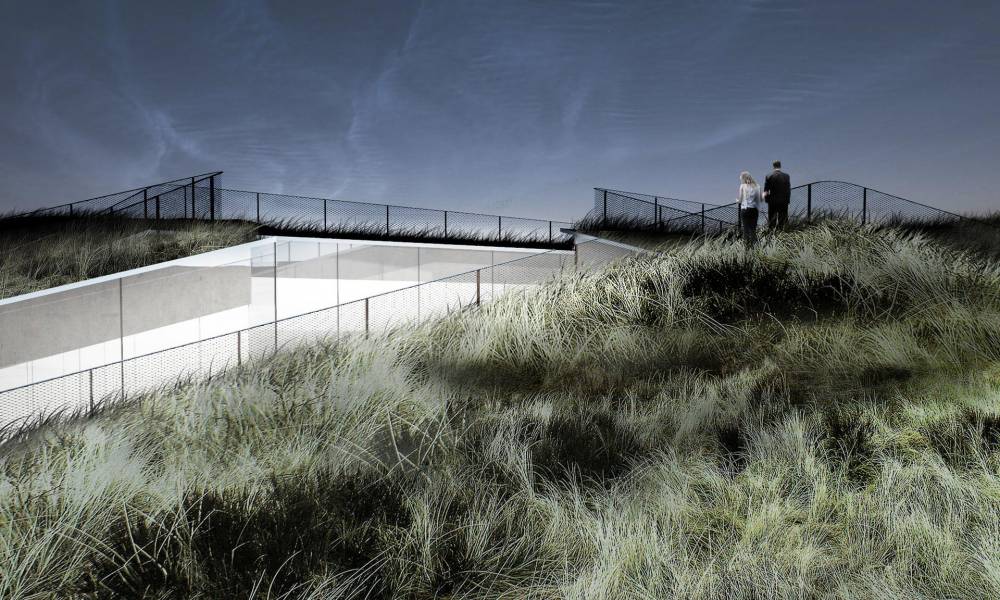 During World War II around 200 bunkers were built along the Danish coast as part of the defense strategy against the Allied forces. One of these bunkers is the monumental Tirpitz bunker in Blåvand, with 3,5 meter thick concrete walls, which never got finished before the end of the war. 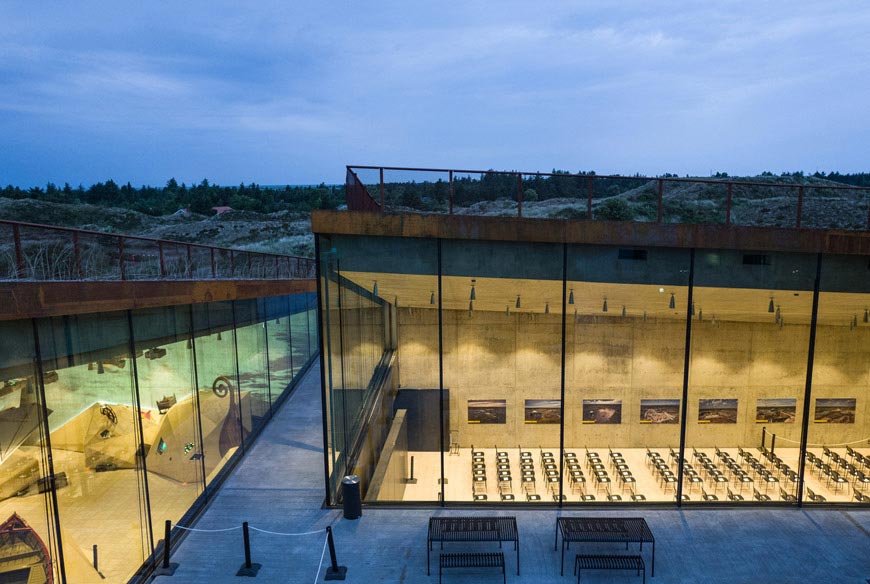 Not exactly being a beautiful sight, BIG turned the building into an impressive, cultural complex. As a contradiction to the heavy volume of the WWII bunker, the museum stands next to a series of precise cuts into the landscape. 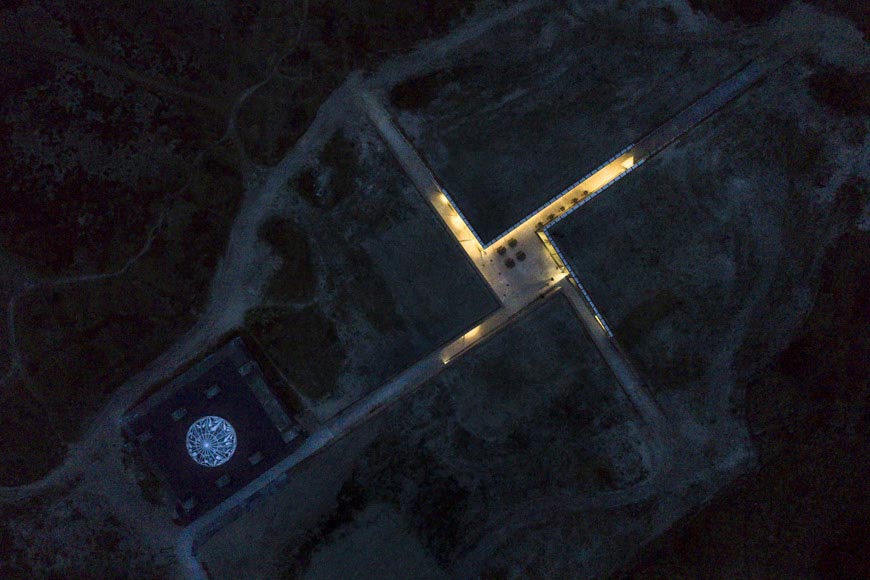 In opposition to the hefty and intrusive regelbau construction of the original artillery fortress designed as an immense concrete block, the new construction finely cuts into the dunes and emerges out of the landscape. The Nazi fortress’ concrete monolith is countered by the inviting lightness and openness of the new museum. The galleries are integrated into the dunes like an open oasis in the sand. 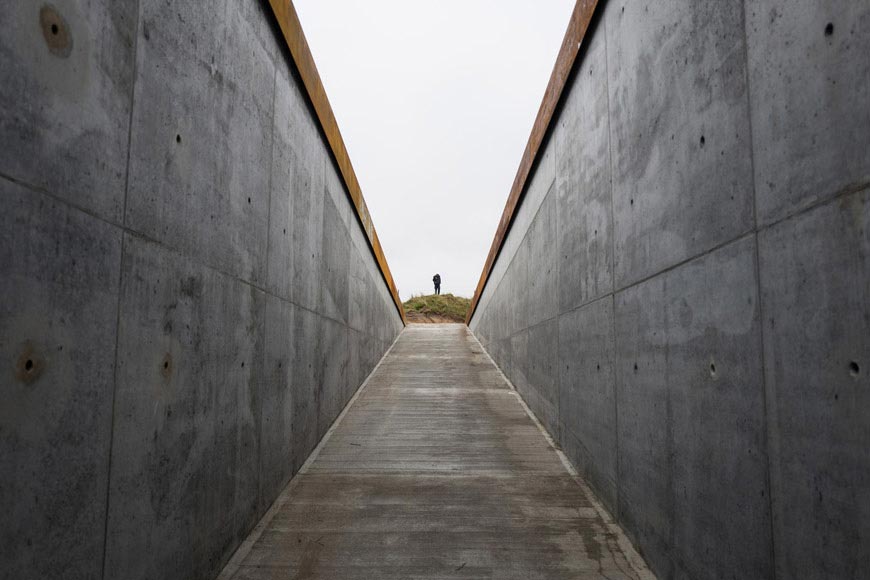 The complex comprises four exhibitions curated by Tinker Imagineers on 2,800 m2, expected to attract around 100.000 visitors per year. Find more info about the museum on its website (in Danish). 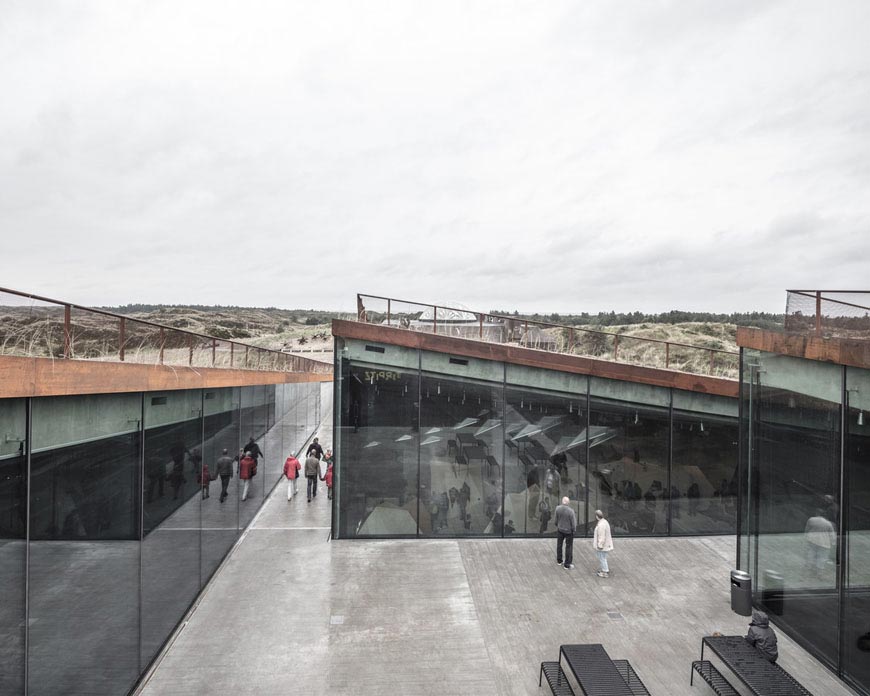