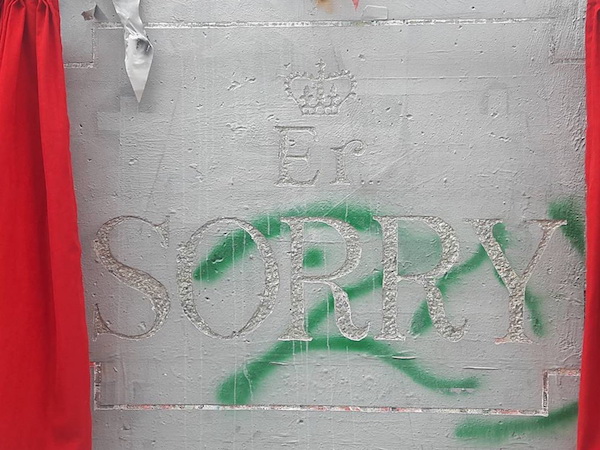 The revelation of the artwork was accompanied by an „apology tea party,“ that took place right outside of The Walled Off Hotel in Bethlehem, Palestine. The notorious street artist Banksy set up the satirical event to presumably condemn the Balfour Declaration which was issued by the British government on 2 November 1917. 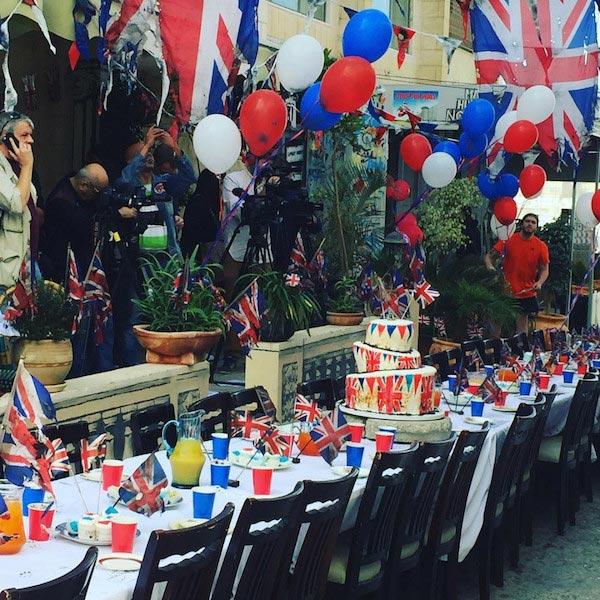 The declaration was the first time the British government endorsed the establishment of a national home for the Jewish people in Palestine. Israel and Jewish communities view the pledge as momentous, while Palestinians regard it as an historical injustice.

„This conflict has brought so much suffering to people on all sides,“ said Banksy. „It didn’t feel appropriate to ‚celebrate‘ the British role in it. The British didn’t handle things well here – when you organize a wedding, it’s best to make sure the bride isn’t already married.“ 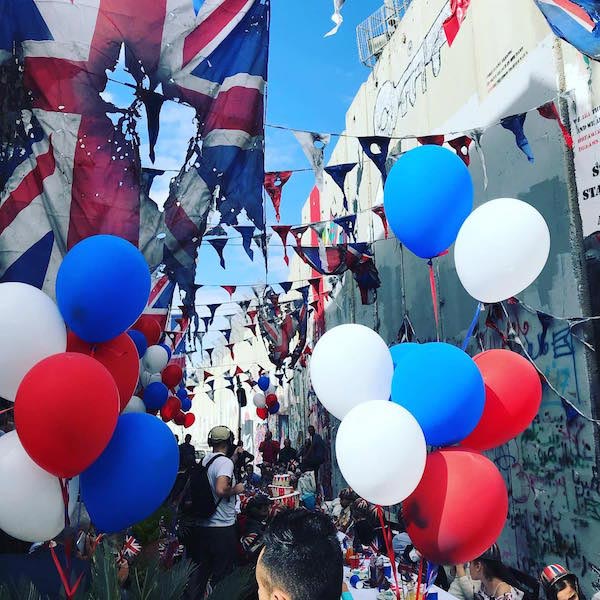 The “tea party” was attended by children from nearby Palestinian refugee camps. Instead of paper party hats, they wore plastic helmets painted with the British flag and riddled with pretend bullet holes.

Conclusively, a Queen Elizabeth II lookalike, performances and workshops were also a part of the event. 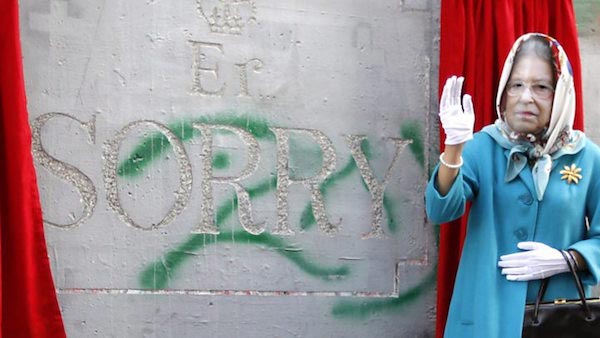 The monarch, played by an actress, unveiled a new artwork etched by the artist into the West Bank separation barrier beneath a Tudor crown. The engraving reads simply: “Er… Sorry.” The piece was the highlight of the celebration that features the aforesaid text alongside a crown symbol.

All images via Banksy