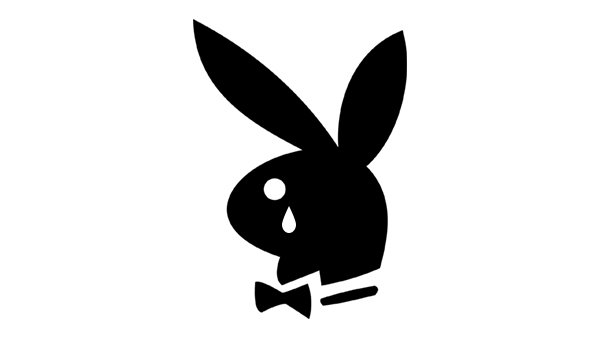 28.09. Hugh Hefner may be gone but the Playboy bunny will live on

Playboy founder Hugh M. Hefner passed away on Wednesday night due to natural causes. The 91-year-old was at his home, the Playboy Mansion, surrounded by family during time of passing.

While the silk-robed Casanova was essential in creating Playboy, he was not actually the one who created the iconic logo. That distinction goes to designer Art Paul. Mr. Paul sketched out the logo in half an hour for use in the second issue of Playboy. Since that, the logo has not once been changed from the original design. This in itself is a remarkable fact considering how often companies change logos these days and is a testament to the effectiveness of the original logo’s design. Clean, simple, and yet entirely unique, the Playboy logos widespread reorganizability has no doubt played a role in the international success of the magazine.

In designing a logo for Playboy Art Paul’s original vision was something that had a “humorous sexual connotation” as well as something that was “frisky and playful.” Speaking on why a rabbit was chosen as the magazine’s logo, Hugh Hefner said that, “The rabbit, the bunny, in America has a sexual meaning; and I chose it because it’s a fresh animal, shy, vivacious, jumping – sexy. First it smells you then it escapes, then it comes back, and you feel like caressing it, playing with it. A [playboy] girl resembles a bunny.”

As for the colors used in the Playboy logo, a solid black tone conveys luxury, professionalism and class. Much like a good suit, there was never a need to dress up the Playboy logo in elaborate colors when solid black so effectively conveys the magazine’s image.

Along with appearing on every cover of one of the world’s best-selling magazines, the Playboy logo has made appearances on a variety of other merchandise as well. In fact, selling products that featured the Playboy logo has and continues to be a major source of income for the company. The unmistakable black rabbit could be found on everything from lighters to T-shirts, serving as a testament to just how much good a great logo can do for a business. In the 1950ies the Playboy logo was even adopted as the military aircraft insignia for the Navy VX-4 fighter-evaluation squadron.

After 91 years we say goodbye to Hugh Hefner. The silk-robed Casanova may be gone but his legacy and the Playboy bunny will live on.