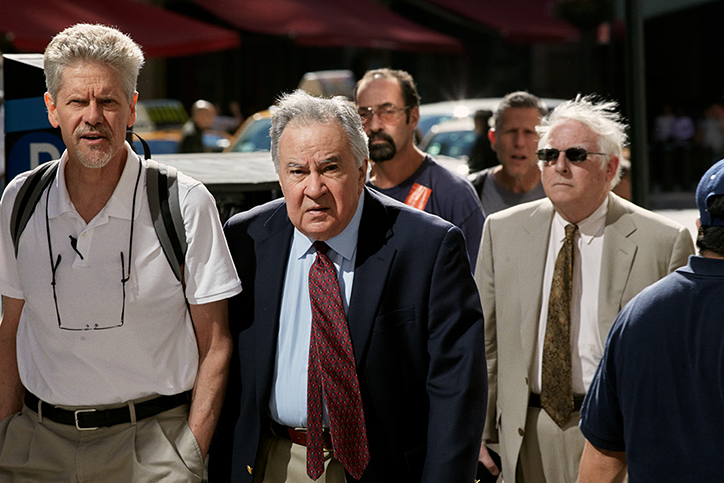 Peter Funch has photographed the same people on the same street for nine years.

From 2007 to 2016, the Danish photographer stood at the southern corner of 42nd Street and Vanderbilt Avenue, right outside New York City’s Grand Central Terminal, between 8:30 am and 9:30 am taking photographs of the crowds that emerged in waves from the depths of the station.

To focus the project even more, Peter was only interested in people, who passed by him on a regular basis, and then seeing the differences and details between them.

Funch has presented the series in his new book 42nd and Vanderbilt published by TBW Books this month, placing pairs of images of the same commuters together.

The Danish photographer managed to photograph his subjects doing the same small rituals – days, weeks, and even years apart. In the book, these portraits are arranged side-by-side.

One man takes a drag from his cigarette at the same moment; one man spits into the same trash can on the corner on different days; others are wearing different clothes but have the same–often angst-ridden–facial expressions.

Some people followed the same routine for nearly 10 years. Funch says he photographed one older man in 2007, 2012, and again in 2017. “You could hardly believe it, that you’d find the same people having the same ritual over 10 years,” Funch says. “It’s such a New York thing, the idea that people just do the same thing over and over again.”